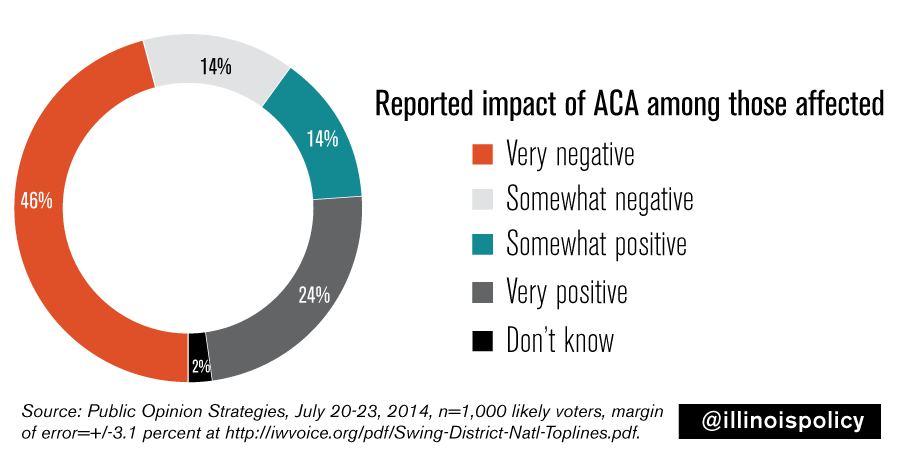 Perhaps the most surprising finding was that, among those reporting an impact who were uninsured, 85 percent had a negative view of the law with 68 percent holding a very negative view.

Conventional wisdom would have it that the previously uninsured would be the most ardent supporters of the law. In reality, the poll found the opposite to be true.
Despite the Obama administration’s attempts to mitigate the full impact of the law until after the mid-term elections by delaying implementation of some of the law’s key provisions, it does not seem to have insulated the American public from many of the law’s negative consequences.

Almost half of likely voters indicated that the Affordable Care Act, or ACA, will be the most important or a very important issue in the November congressional elections.

The American public understands that the Affordable Care Act is not affordable and is doing the opposite of its promised goals. It’s time to go back to the drawing board to craft solutions that give individuals control over their health-care decisions and allow them to select options that best meet their own needs and preferences, rather than government-knows-best dictates.