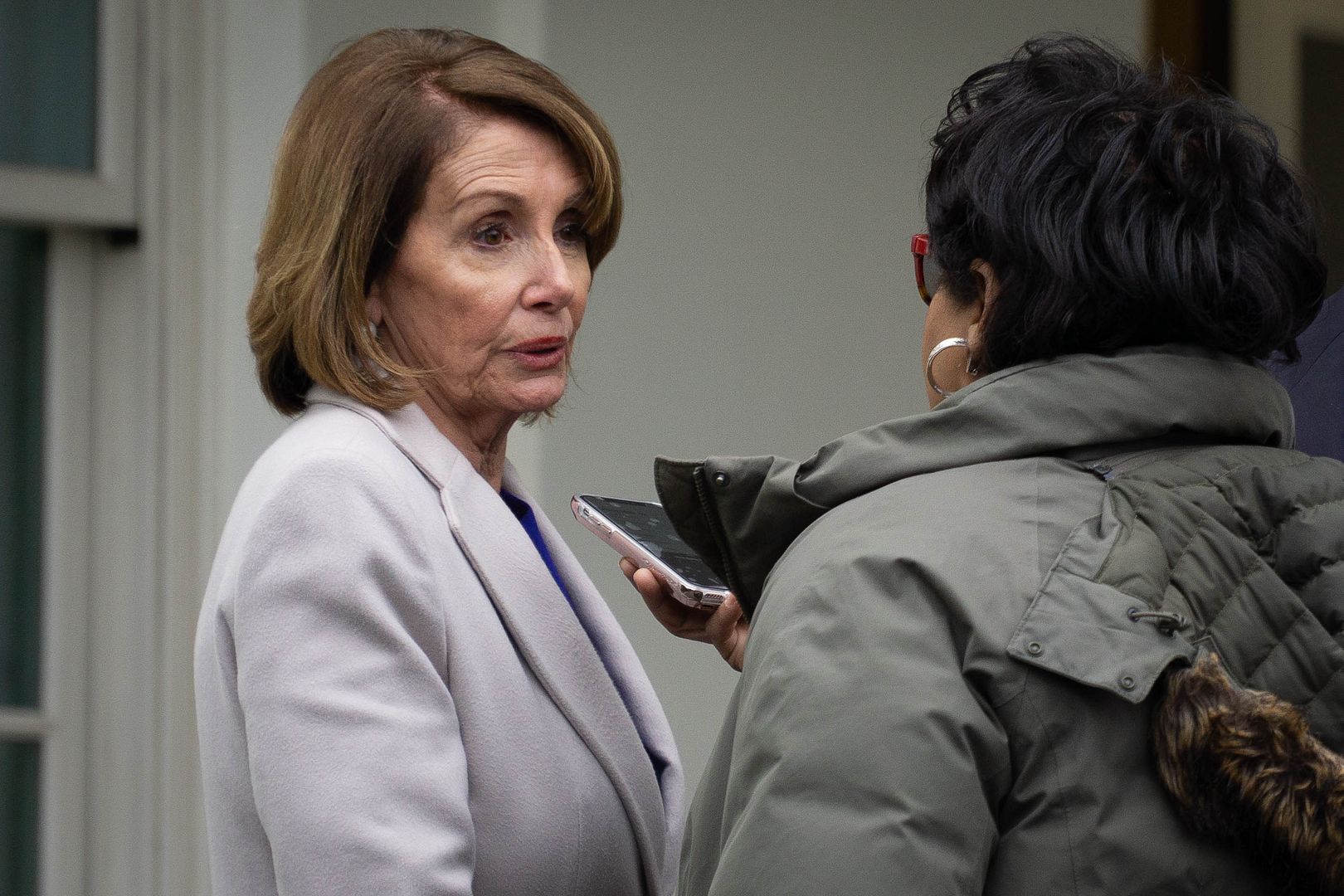 More displays of fraud from Democrats

For two years, Democrats and their leadership have been haranguing the people of the United States with hysteria claiming that President Trump was an agent of the Russians, stole the election, is mentally disturbed or unfit and obstructed justice — among other bizarre and crazed accusations. Yet Nancy Pelosi, the speaker of the Democratically-led House, has announced that impeaching Mr. Trump is “not worth it.”

In an interview for The Washington Post magazine, conducted on March 6, Mrs. Pelosi said, “I’m not for impeachment. … This is news. I haven’t said this to any press person before. But since you asked, and I’ve been thinking about this, impeachment is so divisive to the country that unless there’s something so compelling and overwhelming and bipartisan, I don’t think we should go down that path because it divides the country. And he’s just not worth it.”

This new revelation from Mrs. Pelosi is another example of Democrats casually admitting that everything they’ve done to this country through their obscene accusations against the president and his supporters was a sham.

After all, if you believe that the duly elected president of the United States is actually a foreign agent for a nation that has historically been an enemy of this country, you should be shocked at Mrs. Pelosi walking away from the idea of taking action.

Glenn Greenwald of The Intercept made this observation on Twitter: “Anyone who has ever believed Trump is controlled & blackmailed by Putin to the point that Putin makes Trump treasonously sacrifice America’s interests for Russia’s — and there are a lot of you — should be marching in fury in the streets over Pelosi’s refusal to impeach Trump.”

But this isn’t the only example of the fraud perpetrated by the Democrats on their own base and this country. Recently, Hillary Clinton noted that she was not going to run for president again in 2020. This on the heels of 2016 supporters telling her to not run. A CNN panel in early March, comprised of 2016 Hillary voters, made it clear her supporters want her gone.

Host Alisyn Camerota asked if Mrs. Clinton had a role in 2020. “No,” answered one male immediately. Another woman said, “No, stay away.” And another was empathic, “Look, I love you, Hillary — I love you, I love you, but stay away. We are so divided right now that anything that has Hillary on it is automatically going to separate us again.” Another piped up with: “I just think her time is done. I think it’s been — it’s done. We do need something new.”

That’s pretty harsh. We’ve been told every day since the election that she won that election in 2016. That Donald Trump stole that election. That Mr. Trump used the Russians to help him steal it from her. In fact, 2020 would simply be her re-election to her second term.

The answer to this is the same as Mrs. Pelosi’s decisions: The Democratic grass-roots have known all along the accusations against Mr. Trump have been a fraud. The 2016 election was fair. Mrs. Clinton did not lose because it was stolen; she lost because she took people and things for granted, didn’t go to Wisconsin and arrogantly wrote off blue states as guaranteed. In other words, Hillary lost because she was Hillary. And they know it.

The aftermath of then-Judge Brett M. Kavanaugh’s Supreme Court confirmation hearing is another good example of how gaslighting the public is now a Democratic art. We were told for weeks that he was a drug-dealing pimp who organized gang rape parties. And this was just in high school.

Despite his eventual confirmation to the high court, Sens. Kamala D. Harris and Cory Booker, two of those prominently leading Democrats who attempted virtual character assassination, who strutted and preened on television with their furrowed brows during the persecution, aren’t demanding that Justice Kavanaugh be removed; they aren’t out there organizing rallies to protest the horrible man who has been put on the Supreme Court.

Instead, they’re running for president, because the Democrats think that attempting to destroy an innocent man for political gain should get you promoted.

In assessing these politicians, the American people have two options: National Democrats are either the most incompetent leaders in the history of the country, losing interest and walking away from two evil, corrupt men who hold incredible positions of power. Or the more obvious choice: All these accusations against Mr. Trump and Justice Kavanaugh (like those against the Covington Catholic High School kids and actor Jussie Smollett’s imagined “MAGA Country” attackers) were false from the start, revealing a political and media elite that see the nation as a horse to ride and abuse until it drops and dies.

At first, Democratic leadership may have been excited that someone like Rep. Alexandria Ocasio-Cortez of New York was pushing Democratic support for infanticide, open borders and controversies involving blackface, Klan outfits and allegations of sexual assault, out of the headlines.

Those issues, however, are not forgotten by the American people. Neither is anti-Semitism. The American family is driven by a much longer-term outlook, which includes being concerned about what kind of country our children will be inheriting. Since at least January, the Democrats have had the very bad luck of being seen for what they are, and it is not what the American people imagine, or want, for their future.