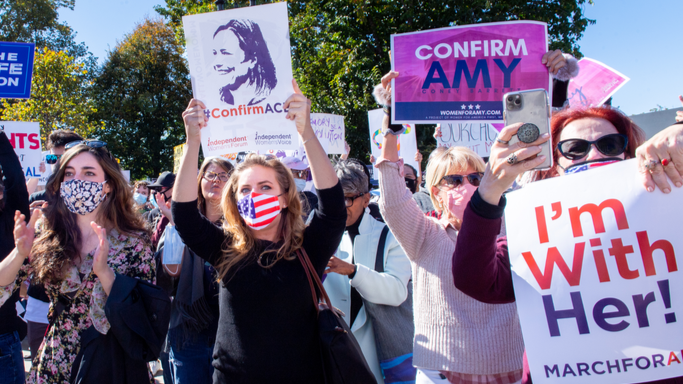 March for All Women: “I’m With Her” Rally

On Saturday, October 17, 2020, Independent Women’s Forum (IWF) and Independent Women’s Voice (IWV) held the second annual March for All Women event—”I’m With Her” Rally and press conference—to counter the so-called Women’s March, celebrate women’s progress and the right of ALL women across the political spectrum to be heard, as well as to support the confirmation of Judge Amy Coney Barrett to the U.S. Supreme Court.

“I’m With Her!” was our rally cry as we championed ALL women, spoke up for civility and respect, and defended the Constitution. The so-called Women’s March does not speak for all women. Instead, it tears down those who don’t agree with its progressive ideologies.

Let’s champion women, not drag other women down. March for All Women champions ALL women, celebrates ALL voices—in all of our individual variety, and stands for diversity of thought and political ideology—and the freedom to think, feel, live, and vote any way we want.

Does the Women’s March on Washington Speak for You?