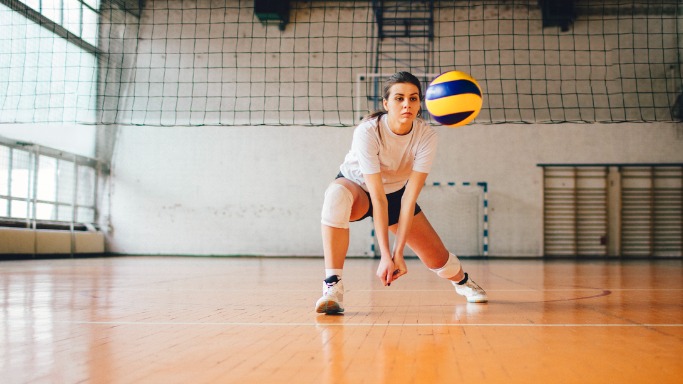 Tomorrow marks the anniversary of Title IX, which helped give women the opportunity to play and compete on a level playing field.

But this progress is now being threatened by those who are putting “wokeness” above what’s right and fair to biological female athletes. I speak from experience.

I am a former NCAA Division 1 athlete from Florida International University. And I coach high school volleyball players who are working hard to compete at the next level.

There are many physiological differences between male and female athletes, as well as a large distinction between men’s and women’s sports, particularly volleyball. The speed of the men’s game is faster, the men’s net is nearly 8 inches higher than the women’s, and biological men are stronger and faster than women.

I played libero in college, which is known for being the shortest member of the team. I am 5’3”, but those who play my position on men’s teams are frequently above 6’. If I were to compete with my male counterparts for the same roles on teams, I would fail.

None of this is an opinion or a political statement, and it’s unfair for those on the Left to paint it as something other than what it truly is: scientific facts.

Allowing biological men to play against biological women in female sports puts women at a huge disadvantage… and sets them up to fail. What’s the point of having a women’s only team if biological men are going to be allowed to compete?

It works counter to Title IX, and would be devastating to female athletes, particularly those who have worked so hard to earn a spot on a high school or college team, secure a scholarship, and play at a higher level.

It could mark the end of women’s sports as a whole if we don’t stop it.

I want my players to know they can achieve anything. But it starts with being able to compete on a level playing field and having equal opportunities to succeed.

In light of the Title IX anniversary tomorrow, speak up. Help us protect female athletes by demanding fair play.

P.S. Check out our new video on Cynthia Monteleone and her daughter, two track stars in Hawaii who have been impacted by the Title IX changes. And be on the lookout for Cynthia on Tucker Carlson Tonight tomorrow evening on Fox News Channel.